Another Excerpt from the Book

For Zondervan's latest post on the book go here. Below is a small portion of that excerpt---questions for those who call themselves complementarians:

If the husband is the head—the ruler—in the home, who regulates him? Who determines if his headship is actually comparable to the headship of Christ? The husband himself? Is he alone the interpreter of the biblical standard? Is he the judge and jury in his own court case? Is he the referee, the umpire, in his own ball game? Is he absolutely unbiased? Who determines exactly what male headship entails in each situation? Is there a written or unwritten standard for twenty-first- century domestic situations? At what point, if ever, does his behavior make his headship invalid? Indeed, what are the consequences when husbands fail to live up to this standard?
Posted by Ruth A. Tucker at 9:10 AM No comments: 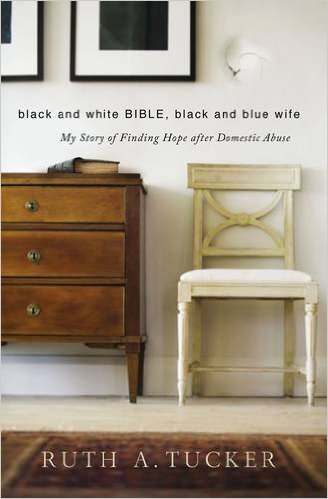 My publisher has an excerpt on its website. See also Amazon LOOK INSIDE. I also have information on my website RuthTucker.com/

One of the primary reasons I''m telling my story is to focus on the aspect of Black and White Bible. There are vast numbers of Christians, including ones with huge followings, who teach that women must submit to their husbands. And not just when the husbands are treating them properly---with love, honor and kindness. No, wives are expected to submit to their husbands even when they are behaving very badly, and if the wife is beaten, some of these supporters of male headship blame the wife for provoking the husband.

I certainly don't claim that a couple that affirms mutuality in marriage has no serious problems. But in such instances, neither one can pull out the headship card and demand submission. For them, a more natural course is to seek to work matters out between them---treating each other as equals---or to seek professional counseling.

My ex-husband refused to seek professional counseling because, as he put it, any counselor who disagreed with his judgment would be usurping his headship. Most of the preachers and bloggers who support male headship would also hold to this position, though they would word it differently, insisting that the couple bring their marital problems to the elders of the church---elders who are exclusively male and who hold to male domination in the marriage.

Those who strongly preach male headship are not monsters---at least the vast majority of them are not. Indeed, they are often very charming men as are those who perpetrate domestic violence---as my ex-husband was. No one would have realized that the most dangerous place for me was not midnight out walking in my inner-city neighborhood, rather it was behind closed doors in our "happy" home. Sometimes the ones we would least expect are the most tyrannical abusers.

And for me the beatings were not the worst of it. Being threatened and terrorized is what I remember most. He threatened to kill me, and at his 6' 2" to my 5' 6", it would have been no contest. And I'm not referring to a fist fight; that would have been complete insanity. I'm referring to my simply trying to protect myself and to escape to safety. I'll never forget an incident when Carlton needed to be dropped off in late afternoon at church 3 miles away to practice for a youth program. I had wanted to drop him off. My ex-husband insisted that he drive him. It had been a day of terror for me, and I desperately feared being left alone with him without Carlton being around. So when we got to the church, I quickly jumped out the passenger door. He grabbed me but I managed to escape, though he had gotten my purse. I ran for the church and hid behind a pew in the balcony. After the youth program was over, more than two hours later, I managed to get to Carlton and the three of us went home in the car. After that, until Carlton and I escaped (with the aid of the law) some months later, Carlton rarely left me alone when his father was around. He feared for my life.

This excerpt was posted March 9, 2016 by the Internet Monk

It was a cold West Michigan evening in March. Spring quarter at Trinity had begun a week earlier. I recognized my husband’s mood before we had even sat down for the evening meal. When we finished eating, I tidied up the kitchen, took my books and notes, and went upstairs while he watched his usual TV programs and Carlton did homework nearby, listening in as he typically did.
After an hour or so, I heard my husband’s footsteps on the stairs. I stiffened, dreading the worst. He entered our bedroom where I was hunkered down and then, seemingly out of the blue, with not so much as a segue into the topic, demanded to know my interpretation of a particular biblical passage that related to women. I explained that I was very busy in course preparation and did not wish to discuss the matter, particularly because I knew it would create problems. He proceeded to give me his interpretation of the passage. When I remained silent and refused to agree with him, he became irate and began very loudly to threaten me and exclaim that he would not let me fly to O’Hare in the morning. He yanked me from where I was sitting, my papers flying in every direction.
Hearing his father shouting, Carlton was up the stairs two steps at a time. It was not the first time he sought to defend me. Normally, his crying out at his father put an end to violence. But not this time. My husband demanded he leave the room while at the same time squeezing my arms with all his might and viciously shaking me. Carlton did leave. He raced back to his own room and grabbed two knives, one no more than a hard plastic toy, the other a Swiss Army knife he had managed to open before returning to confront his father. At twelve, Carlton was tall and lanky, but no match for his six-foot-two father, who could do a hundred push-ups without breaking a sweat.
When I saw the knives, I screamed for Carlton to get out, but within seconds my husband had thrown him to the floor, taken the knives, and was coming at me again. In a second, Carlton got back up and tackled his father, crying out at the top of his lungs. And then somehow amid the mayhem, it ended. My husband left the room still raging, ordering Carlton to come downstairs with him.
The next afternoon I was in Deerfield, greeting students in my classroom and wearing a turtleneck and blazer that conveniently covered the bruises— black-and-blue finger marks on my upper arms. I had taught the course before, and once I was into my rhythm and a lively discussion was under way, I was in another world. (p. 20f) 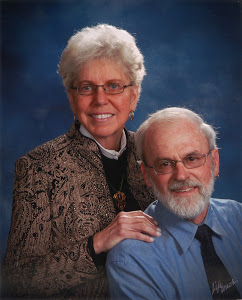 Here I am with my beloved.

I am married to John Worst and have a son and granddaughter, Carlton and Kayla Tucker as well as two step-daughters, Laura and Sarah and three more grand-kids, Mitch, Ashley and Zach. I did my doctoral degree in history and have written twenty books and taught at colleges and seminaries for more than 25 years. John taught music at Calvin College for 35 years and holds a Ph.D. from the University of Michigan. Besides reading and folk-art painting, my favorite activities (with John) are hiking, biking and kayaking. Most of our days are spent at our shop, Carlton Gardens, which we refer to as a "hobby gone wild."

Here is this volume, two themes are balanced: black-and-white Bible and black-and-blue wife. During his violent rages, my ex-husband often hurled biblical texts at me as though the principal tenet of Scripture was, "Wives, submit to your husbands." He spit the words out, repeatedly beating me over the head, at least figuratively, with his black-and-white Bible. His hitting and punching and slamming me against doors and furniture, however, were anything but figurative. Nor were his terror-loaded threats. I felt trapped and feared for my life, while outwardly disguising bruises with long sleeves and clever excuses, pretending that ours was a happy marriage. 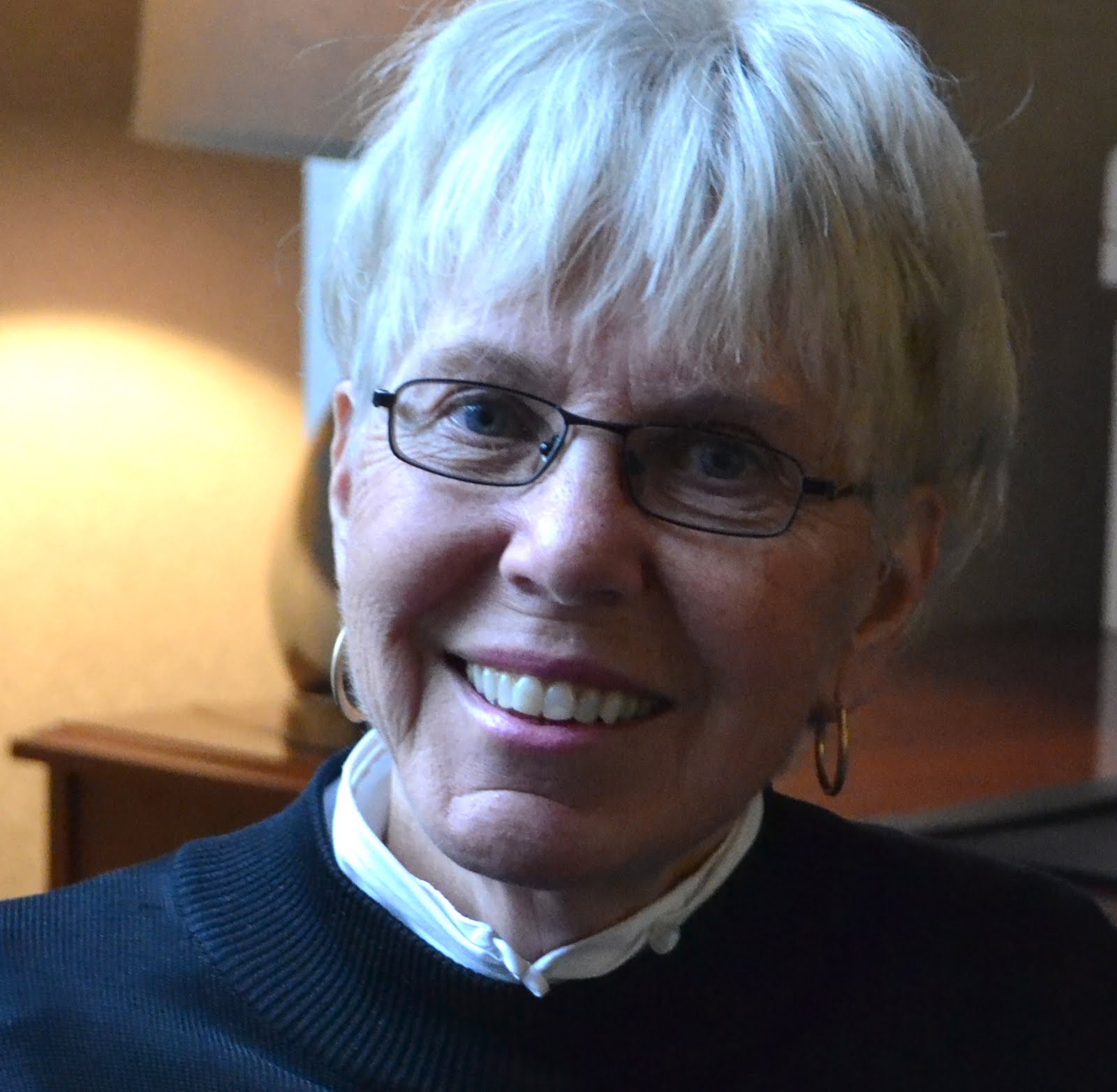 I posted the following on The Wartburg Watch, March 8, 2016:

This is from my book, Chapter 9, “50 Shades of Rape." I begin this excerpt with a paragraph that follows an utterly awful description of rape. In the next paragraph below, I start speaking of myself in the 3rd person. (My editor had asked why. I told her the experience was extremely difficult to write about, even though it was not violent as most rape is.)

My own account of rape, if, in fact, it was “legitimate rape,” was not a violent physical episode saturated with blood and piercing pain or even punctuated with obscenities. But it was a scene of soiled stinking air—an ugly episode of hateful “God-ordained” domination and supremacy, wholly devoid of the sweet fragrance of delightful sexual intimacy. What may have been satisfying to his incensed psyche I will never know. As for me, foul shame penetrated my very soul. I felt dirty and humiliated, utterly defeated. Polluted, that ancient Roman term of judgment seeping through the centuries into my pathetic sniffles. I slunk to the bathroom, locking the door, not able to turn toward the mirror. In those minutes while the hot water ran in the tub, I vowed that it would never happen again. One flesh had become unalterably severed. . . .

She is in her forties, a strong capable woman, albeit a wife who had been beaten and battered and pummeled and terrorized on many occasions by her husband. So one morning she is packing her bags to make an auto trip to speak at long-scheduled meetings. The husband enters the bedroom, his mood dark and foreboding. And then the threat. There is no physical violence this time, but the demand for sex—sex or stay home. No alternative. She would not be leaving the bedroom or the house until she had submitted to sex. He, as he had told the minister, and reminded her on many occasions, he was the “head of the home from the bedroom to the kitchen.”

What was I to do? Should I have grabbed the phone and tried to call 911? Phones had been broken on similar issues before. And the police? Even if I had been able to make such a call—it would have been laughable to report that my husband is ordering me to have sex before leaving town. The story probably would have made one of those lists of the silliest police reports. I suppose I could have tried to put through a call (had my ex-husband permitted) to someone in charge of the meetings and simply told the truth or made up a lie that I was sick. What were my choices? Do I succumb to the demeaning act of nonconsensual sex, fulfill my obligations, contact an attorney when I arrive back home and file for separate maintenance? 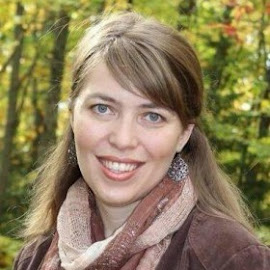